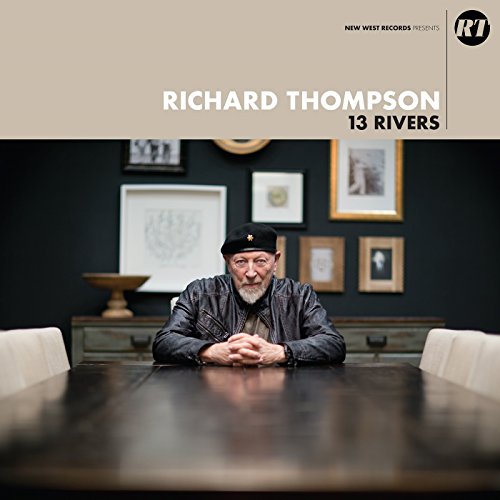 Features:
Also Available In:
Similar Items:
Editorial Reviews:
Synopsis
Richard Thompsons new album, 13 Rivers, is the artists first self-produced record in over a decade. 13 Rivers is a very stripped down, bare-bones recording and according to Thompson the album is a reflection of current events that have happened in his life. This has been an intense year for myself and my family, getting older doesnt mean that life gets easier! There are surprises around every bend. I think this reflects in the immediacy of the stories, and the passion in the songs. Sometimes I am speaking directly about events, at other times songs are an imaginative spin on what life throws at you. The music is just a mirror to life, but we try to polish that mirror as brightly as possible. The album was recorded at Boulevard Recording in Los Angeles, California. 13 Rivers features Richards regular accompanists, Michael Jerome and Taras Prodaniuk, as well as Thompsons guitar tech, Bobby Eichorn, on second guitar. Each track on the album was recorded in analog, with minimal overdubbing. Boulevard is a really funky-looking studio, says Richard, but it sounds great. It used to be called The Producers Workshop, and was owned by Liberace, whose ghost is reportedly still hanging around. Steely Dan records were done there, and The Wall by Pink Floyd was mixed there. Clay Blair, the engineer, is a Beatles nut, and has every piece of Beatles gear he can lay his hands on - so if things sound a bit like Abbey Road, so be it! 13 Rivers consists of thirteen tracks. It is an album as much about growth as it is about reflection. Says Thompson, I dont know how the creative process works - I suppose it is some kind of bizarre parallel existence to my own life. I often look at a finished song and wonder what the hell is going on inside me. We sequenced the weird stuff at the front of the record, and the tracks to grind your soul into submission