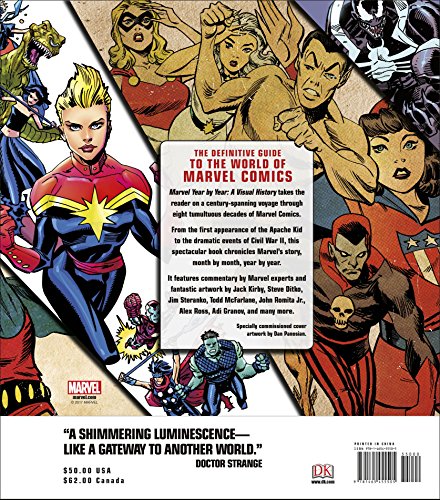 The most comprehensive history of Marvel Comics ever published, Marvel Year by Year is a fan-favorite title that offers a chronological account not only of Marvel Super Heroes such as the Avengers, Iron Man, Spider-Man, and Wolverine, but also the company that created them. The book highlights the debuts of Super Heroes and Villains, the geniuses who invented them, and the real-life events that shaped the times. It also details Marvel Comics' beginnings and landmarks in publishing, movies, and television.